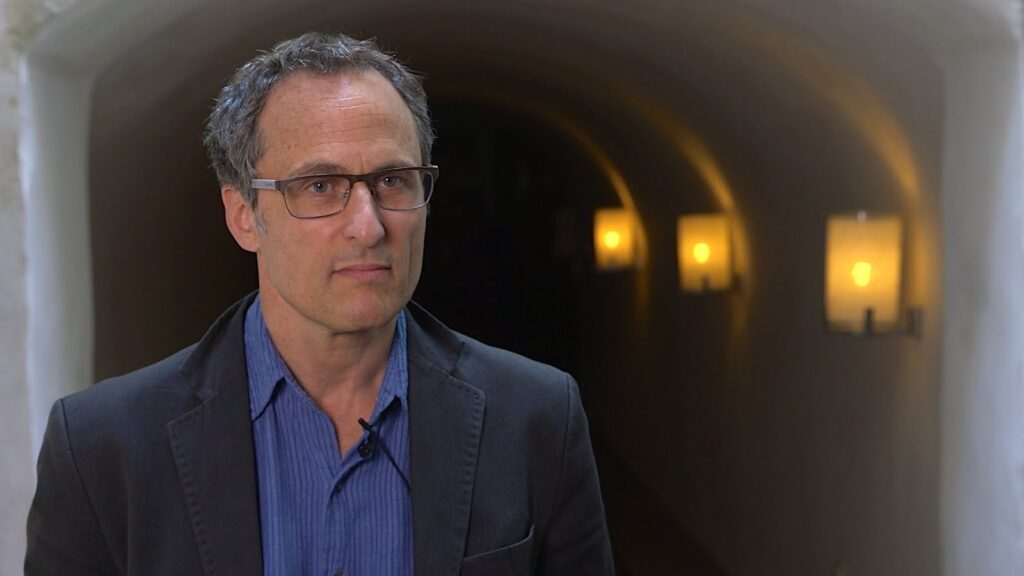 Jesse Ribot, Professor of Geography and of Anthropology, University of Illinois at Urbana-Champaign, and Dr. Papa Faye, of the Centre d’Action pour le Développement et la Recherche (CADRE), are co-leading the ICLD-funded project Global Talk and Local Walk. SDG # 13 & 16: Local Democracy and Vulnerability Reduction in Africa: Political Representation under a Changing Sky.
The project aims to explain the full array of causes of climate-related migration from the West African Sahel to Europe, and to focus in on the role of the local government in this migration.

How is your research interesting for the countries people migrate to?
“If you wish to stem the flow of migrants to Europe, you might want to start by understanding why they are migrating. One might imagine that this could help contribute to some interventions that could help make migration a less appealing option, or could make staying a plausible alternative,” says Ribot. “We want to understand what factors shape young men’s decision (and it is almost entirely young men who are migrating) to take this life-threatening journey in search of alternative income or a new life.”

He says that wealth is being taken away from the people they are studying in the Sahel region.
“We could even call it theft”, he says. “Many climate change stories are calling the migrants they are studying ‘climate refugees’. But, this is simply not a possible category of refugee. A refugee is someone fleeing from persecution. Persecution is an act against another person by a person or a group of persons – it is not climate stress or any other non-wilful disaster. Calling them refugees confuses matters and obscures the many other causes. People in Europe should be trying to understand the wide array of problems that are behind migration.”

Is it correct to talk about migration rather than a refugee crisis, is this how to deal with a vulnerable situation?
“Not all migrants are refugees. By definition, a refugee is someone who must flee her or his country to avoid persecution or violence. These people are fleeing because they have good reason to fear abuse – because of their beliefs, race, opinions, gender, social identity. Many migrants are fleeing because of some mix of deprivation and desire rather than fear,” says Ribot.

Learning how desperate these migrants are, how terrible the conditions are en route, Ribot and his team are convinced that a sea blockade at the international waters line off of Libya is a human rights abuse – not a solution.
“Unfortunately, the EU is now funding the Italians to training the Libyan coast guard to bring people back to Libya. This is a terrible act – it is like pushing people back into a burning building”, he says.

To handle a migration-situation, what kind of insights can your research offer for the elected representatives in Europe?
“I do not know that we yet have an answer to this question – or that we will. We can at least tell European policymakers that a wall at sea is not a morally acceptable strategy. We can also tell the EU that this is certainly NOT addressing the problem at its ‘source’ – a term EU policymakers used to describe their blockade program.

Ribot says they are learning unexpected things. They are learning about the journeys the young migrants are taking.
“We are finding that they are migrating into grave dangers – crossing the Sahara, being taken captive by the Northern Rebels, Al Qaeda, Boko Haram or, even worse, by the military in Libya – these groups and the military are using these youth as slave labour and are ransoming them to extort money from their already impoverished parents.”

To whom can you give a voice through this project?
“Migrants and their parents. I would also like to give voice to the young men and women who do not migrate. Their lives are deeply affected by these departures. The men who do not go are looked down upon. The young women who stay are often married off to absentee migrants, it is not an easy situation to live in. This project hopes to give voice to the rural farmers of the Sahel, to the very systematic origins of their pain – and their hopelessness.

Once they have a thorough analysis of the situation they are studying, they can return to the motivating question – which of the causal factors identified are important, which are manipulable, and which are most likely to have an effect if addressed.”
The team of researcher think that the exodus is due to exploitation and the utter lack of resources to invest in a future in their region.

An obvious solution to this immense problem is hard to identify:
“I hesitate to state any ‘solutions’ to what is perhaps an intractable problem. But, I can say we have at least learned and can recommend that these people stop being labelled as refugees and that the cause of their suffering and of their migration is not due to climate. This last idea needs more development.”

Ribot does not think this is a ‘natural’ condition for the people in the region.
“We think it is due to exploitation – the structural violence, the silent violence, the slow violence that places whole populations at risk, that makes them precarious and vulnerable, that erases their possibility to imagine a future and to hope.”

How important is the funding from ICLD for the research?
“We would not have been able to do this research without the funding from ICLD.. Other sources we might have gone after would have too long a lead time. This money is indispensable. The research proposal was an inspiration based on some events that we felt necessitated explanation. There is now a lot of money available to study migration. ICLD, however, allowed us to get started well ahead of most other institutions and so our results will be timely.”

How can the results of the research be of best use?
“They can best be used opportunistically. I am a great believer in being in the right place at the right time with the right knowledge. We do not know what we will find. We also do not know what opportunities will emerge to use our findings. So, we take a multi-stranded diffusion strategy that starts with reports, goes on to publications and policy briefs, that can include any other venues and forums to publicize our findings – conferences, policy discussions, presentations at development agencies.”